The Problem with Requiring Regulatory Body Approval for Inexpensive Treatments 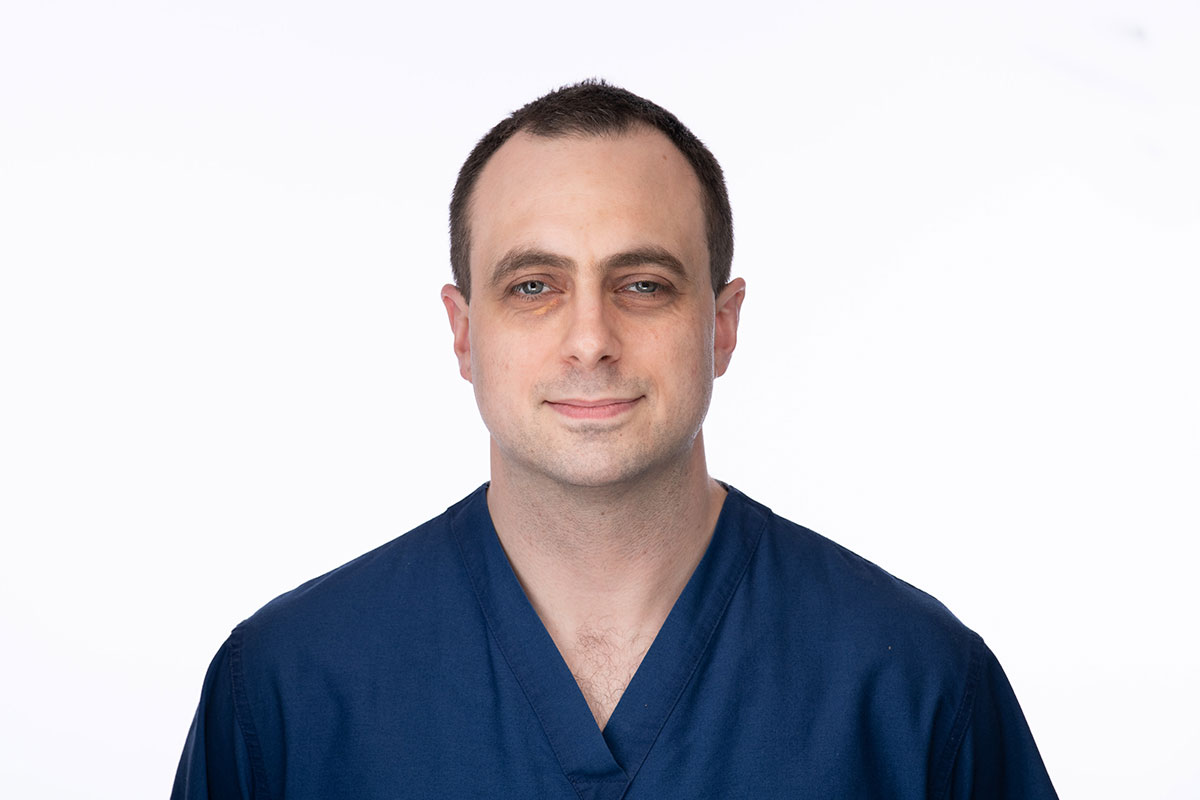 Please download the Spotify app onto your phone which is free and watch the episode of the Joe Rogan Experience episode with Dr. Pierre Cory and Bret Weinstein episode # 1671 which was published on June 22nd, 2021.

There is evidence that Ivermectin can eradicate Covid19 from existence if used widely as a preventative drug, and cure Covid19 in the majority of people who contract the illness, especially if given early and with the right dose. This drug has been analyzed in meta-analyses which consolidate results from dozens of studies including randomized controlled trials on Ivermectin for Covid19. This high quality evidence has shown Ivermectin can effectively treat Covid19 AND prevent Covid19. In one study, 0% of frontline workers who took the drug preventatively contracted the disease, while greater than 50% of the same population who did not take the drug got Covid19. In those who have the disease, Ivermectin seems to reduce mortality between 60-90%. The data is much more compelling than Remdesivir, dexamethasone, or any other treatment to date.

It is a cheap drug costing less than $1 per pill, a drug that has been around all along throughout the pandemic, and for some reason a drug that has been roundly criticized by the various medical bodies: the NIH, CDC, WHO, and others. Its discussion has been censored: youtube.com and facebook.com remove clips of independent very credible physicians and physician organizations who have supported the drug for the last 8 months, including testimony of a physician on the senate floor where he touted its efficacy and safety. This was the same physician who supported use of dexamethasone before anyone else and was also roundly criticized for that recommendation until a month later when a study out of oxford validated its use. Ivermectin has much impressive data, though.

Inevitably, the truth is coming to light. Supporting the overwhelming controlled study evidence, large populations are demonstrating that if they test positive for Covid and are given the drug, within 1-2 weeks covid in the region of the population where it was given is largely eradicated. India used the drug and in provinces where it was used, this was seen. India is now threatening capital punishment, execution, against their own citizen, a physician leader at the WHO. She is a doctor who the Indian government is accusing of misleading the policy makers in India who did not use Ivermectin for a long time as a result of her WHO based recommendations, which seems to have resulted in extreme unnecessary human suffering due to Covid19. Mexico has demonstrated similar results with Ivermectin.  Ivermectin is safe and causes only mild side effects in occasional people. It is safe in children. If people develop side effects, it might be a might headache or a small amount of lightheadedness or a small amount of nausea – well worth it to prevent death or hospitalization. It has been used for decades in Africa to cure extremely pathogenic terrible diseases such as river blindness. In fact the developer of the drug received the Nobel prize for this work in 2015 for his development of this drug in the 70’s – a safe drug that prevented a large population from going blind by the time they are 40 years old.

The meta-analysis as well as population-based evidence is overwhelming. It is more powerful data than even a large randomized controlled trial. Many of the organizations criticizing its use say they demand a large randomized controlled trial before recommending the drug. However, this costs millions of dollars which means such a trial needs to be industry sponsored. In other words, a drug company needs to have an incentive to do the study. But the drug sells for less than $1 per day, so the study will never be done unless philanthropically. However, a single large RCT is not as powerful as the evidence we already have which has been graded as more than adequate to implement widespread use of the drug. An official body of researchers whose sole job is to evaluate the quality of evidence available has declared the data for use of Ivermectin for Covid19 to be as good or better than any other drug being used widely for it currently. Another official infectious disease group declared that the evidence was so overwhelmingly in favor of Ivermectin use that they could not believe it, suspecting publication bias, which is groundless.

So why don’t we know about this? Why hasn’t it been used? Why is discussion censored?

It is hard to imagine a group of dark figures in a boardroom deciding that incalculable suffering is okay as long as their pocketbooks grow thanks to expensive drugs and vaccines. Even though this is essentially what is happening, more than likely, there is a well-established pharmaceutical industry marketing and lobbying machine that automatically promotes expensive drugs at the expense of less profitable drugs and that machine is so profoundly embedded and efficient at this point that Ivermectin was drowned in this machine’s complex web of influence.

It is also hard to imagine that academic bodies would continue to ignore this overwhelming evidence. It is likely these large organizations are driven by social pressures, politics, and laziness in systematically reviewing the literature, coming to conclusions that are baseless, such as the one instance I mentioned above about publication bias, or requiring extremely expensive single large RCTs even though that is not as powerful as the meta-analysis of smaller RCTs that already exist.

This scale of disinformation and corruption in this case is mind-boggling. The amount of suffering and death that this disinformation and corruption has caused is also unbelievable. It is incredible that we could drive this virus to extinction now, but instead we will continue pumping billions of dollars into drug development when a safe and effective drug already exists. The more the drug has time to mutate in the population, the less likely we will ever be able to eradicate it.

In the management of depression and pain, I have seen this same phenomenon. Two examples that immediately come to mind: ketamine and PRP.

Ketamine is extremely effective for depression. Our internal statistical analysis of our own patients finds a 70% response rate. This is consistent with other clinics who present at the annual ketamine physicians conference. It causes no side effects between infusions unlike standard daily antidepressants whose side effects can be severe. I receive referrals every day from psychiatrists who needle help treating their treatment refractory patients who have anxiety, depression, and PTSD. I can oftentimes help these patients, some of whom tell me ketamine saved their lives. Yet insurance companies and all official guidelines cite “insufficient evidence” for use of ketamine for depression. On the other hand, Esketamine, which is just the left handed version of ketamine which is a mirror image molecule, has a patent and sells for a lot of money per dose, and was in the last couple of years approved for depression. I am routinely told by psychiatrists in the community it is less effective than standard ketamine. The cost of ketamine comparatively is almost nothing. As such there is no incentive to perform and submit a study on ketamine for depression. It will likely remain without FDA approval as such. In addition, in an even more unbelievable turn recently, McKesson, a major medical supply distributor, has announced it will not supply ketamine to any organization that identifies itself at least in part as a ketamine clinic. No reason given. The parallels between ketamine and Esketamine, and ivermectin and Remdesivir, are very obvious.

PRP is another treatment that is so effective I cannot believe it is not more widely accepted by regulatory bodies or insurance companies. Once again they cite insufficient evidence. The studies looking at specific conditions including tendonopathy are very strong for PRP. But PRP is a blood derived substance – therefore there is not a lot of money in it and no reason to perform multimillion dollar large RCTs. It causes no side effects unlike steroids which can rampant side effects and can actually worsen tendonopathy and joint pathology slowly over time with repeated administration.

Politics are rampant in the industry and even in the local community. I have developed a program for treating postoperative pain after surgery. I have done this for years for world-renown surgeons in the community. But I have not seen widespread adoption to help even more surgeons’ patients after surgery because I have had substantial pushback from hospital-based anesthesia who feels threatened and cite non-sensical reasons lacking any evidence or merit that I should not be treating these patients before or after surgery. The real reason for this pushback is job security and politics. This has resulted in a lot of unnecessary suffering by patients in the community who have severe pain for several days after surgery at home that I could have otherwise treated. We see this same phenomena in academic pushback against Ivermectin. Large academic groups say complex things, such as “we need a large single RCT proving efficacy,” or, “there is publication bias,” or “causality has not been proven; only association.” These sound very sophisticated and therefore gain traction, but they are flat out wrong. But attention spans are short in politics and to refute these claims requires a sophisticated counter argument. Unfortunately one-liners win out against real scientific debate and consideration in these sorts of political battles.

The human condition demands monetary reward for development of drugs. The United States and its citizens subsidize the production of these drugs and new technologies. Companies in the US spend billions of dollars developing drugs, and on occasion the drug can be wonderful, but usually it is just an incremental unnecessary addition to the vast array of medications we already have. The money to develop the drug is paid for by US citizens through insurance premiums and exorbitant new drug prices. In addition, the added layer of corruption we are seeing unfold here in the case of Ivermectin and that I have seen in the case of Ketamine and PRP adds to the societal costs we have to pay for the development of new drugs. I do not have a solution but I hope given how obvious the Ivermectin example is and the incredible degree of suffering that it has caused, that this system will be changed for the better.

Our Mission is to offer the most safe, effective and scientifically proven acute and chronic pain solutions available. Our hope with the pain management strategies we offer is to provide a means for a patient to overcome their pain while devising a way to achieve an improved quality of life of their own making, while trying to minimize the risk of becoming addicted to pain medications. 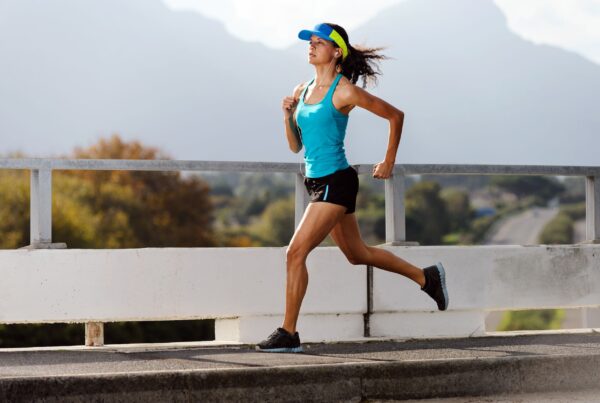 Regenerative Medicine – The Future Is Now 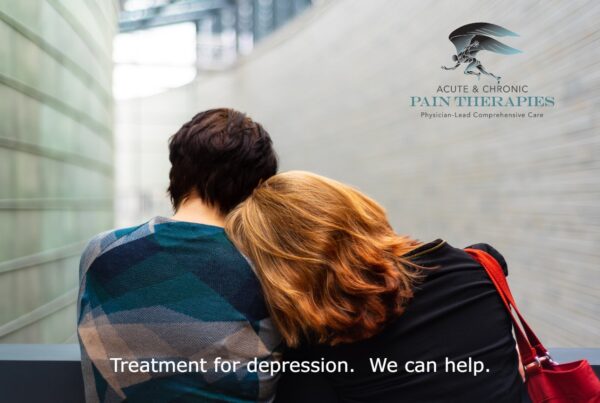 Treating Chronic Pain & Depression: How the Pandemic Impacted the Overuse of Opioids 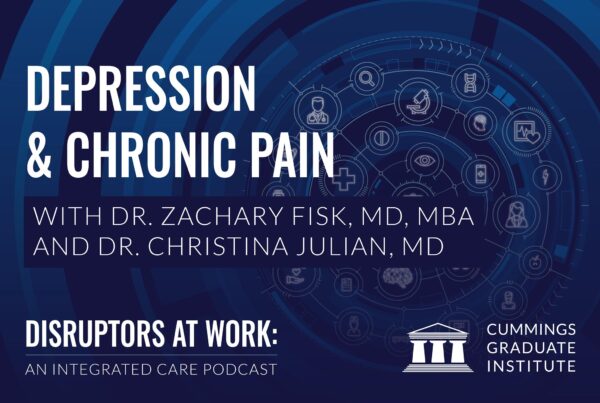 Disruptors at Work: An Integrated Podcast with Cara English, DBH

Acute Pain Therapies 0
Ready To Get Started? Contact Us